The elusive Brazilian Merganser not only ranks among the most endangered of all waterfowl, but rarest of all birds as well. Possibly fewer than 250 birds remain, and some conservationists fear that even this estimate may be optimistic.

The river habitat required by the Brazilian Merganser has suffered from staggering deforestation and permanent flooding from dams. The dwindling population of these fish-eating ducks is perhaps most numerous in Brazil’s Serra de Canastra National Park, 500 miles northwest of San Paulo. Adding to the birds’ plight, a series of forest fires devastated the national park and another area where the merganser was thought to have a stronghold.

Mike Lubbock was invited to a workshop in Belahorizonte, Brazil, in 2000 to help address the dire situation of the Brazilian Merganser. The workshop was organized by Wolf Bartman, of the Dortmund Zoo in Germany. A recovery plan was produced by experts from all three Brazilian Merganser range nations (Argentina, Brazil, and Paraguay), plus Europe and the United States. They collated background information on the status and distribution, life history, and threats faced by the Brazilian Merganser and drew up a basic proposal for conservation action. Mike has returned to Brazil several times since 2000 as an adviser to conservationists and aviculture facilities working to save this species.

Sylvan Heights Bird Park and the International Wild Waterfowl Association have been involved in efforts to prevent the extinction of the critically endangered Brazilian Merganser by providing funding, training, and advising to the Brazilian organizations working with this species.

One such project is taking place at Zooparque Itatiba in Brazil. Conservation teams have been continuing their efforts to locate and track breeding Brazilian Mergansers through some of the most remote river habitat. When a healthy nest is discovered, the teams remove a few of the eggs and transport them back to Zooparque Itatiba, leaving the rest to hatch with the parents in the wild. In 2015, the teams were able to collect a total of eight eggs from two different nest sites, and successfully raised all eight ducklings back at the zoo. Should the habitat for wild Brazilian Mergansers continue to degrade, the birds housed at Zooparque Itatiba will ensure that this species does not disappear altogether. Ideally, their offspring may also help bolster wild populations in the future.
In addition to collecting and raising these birds, Zooparque Itatiba staff have been building a large new aviary and pool to house the adolescent birds. At the October 2015 IWWA conference, a grant from the IWWA was allocated towards the completion of this project. 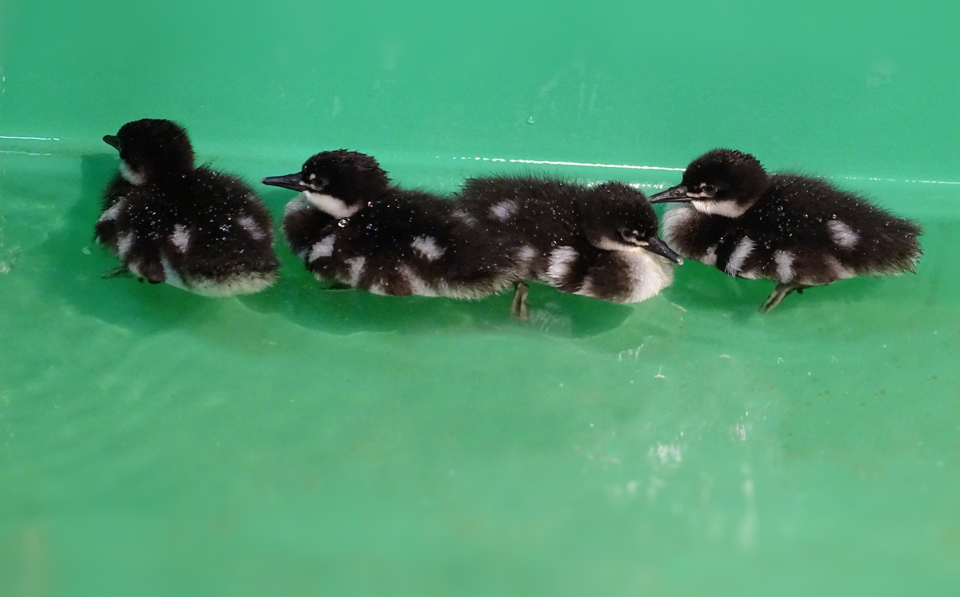